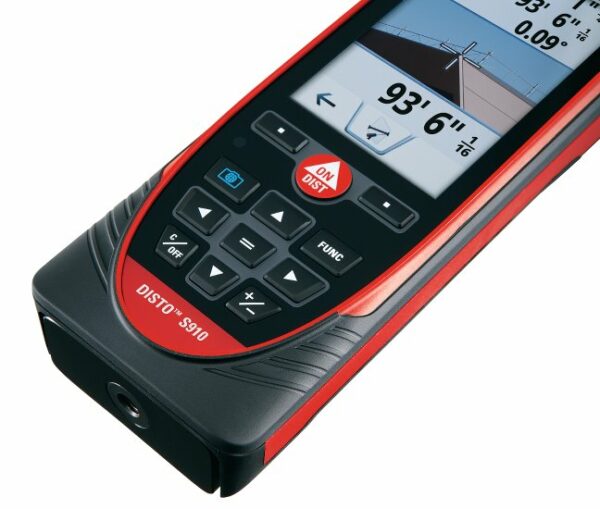 Smart Base — a biaxial pivot integrated with the circuit board — is the key hardware innovation. Combined with a more powerful laser, a 360° tilt sensor, and new software –Smart Base enables the S910 to measure the distances and angles between multiple points.

For maximum accuracy the SmartBase requires a simple level check. This guarantees the electronic level of the S910 is within ± 0.1° of true level. For the highest measuring accuracy you will want to use a tripod for the majority of P2P, Smart Angle and Smart Area functions.  The S910 includes a metal insert for a ¼” tripod thread, found at the bottom of the SmartBase (and a 5/8” adaptor is available).

Even with a tripod and outdoor pointfinder camera, placing your laser point exactly where you want it can be challenging, especially at longer distances. The FTA 360-S is a micro-adjustable tripod adaptor. Point and shoot to get close, then tweak the knobs ever so slightly to adjust your spot by millimeters.